Be Happy With What You’ve Got: The Case for Retrofitting 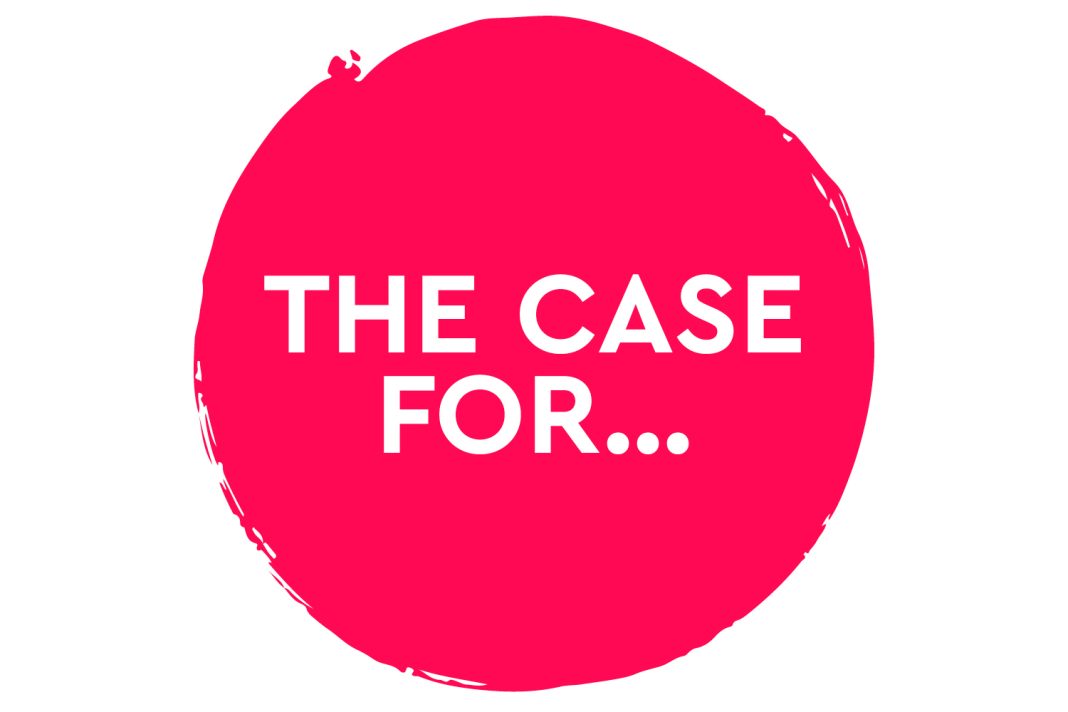 What would your dream home look like? Some people will be lucky enough to build fanciful follies from scratch. The rest of us get to pick the choice cuts from pre-existing stock; but older constructions may need a little bit of sprucing up. Beyond a lick of paint to improve aesthetics, what’s the motivation to invest the time and money in making a perfectly liveable property more efficient and eco-friendlier? Here’s the case for retrofitting.

Fluctuating heat, tempestuous weather, and desertification are already presenting new demands on the built environment. Fires, droughts, heat-related deaths, and floods are occurring at an unprecedented frequency and severity. The built environment – much of it highly inefficient – is partly to blame, producing 38% of the world’s GHG emissions.

By mid-century, 87% of existing building stock will still be in use, but it’s largely unprepared for impending climate changes. A shift in practices, with new builds constructed on a foundation of robust and ecologically-sound codes, is beginning to change this. However, with such a large proportion of built landscapes in cities already in place, future-proofing older constructs will be necessary to truly reverse fortunes. The case for retrofitting reaches far beyond simply sustaining a healthier environment; our savings, lifestyles, and even social conscience are all set to gain.

Buildings account for a third of global energy consumption, and cities for 70%. The majority of household energy use is through hot water and heating. Remarkably, between 25-60% of heating power is wasted due to unwanted hot and cold air exchange through inefficient building envelopes. In hot regions and blazing summers, air conditioning chews up vast amounts of power in structures unable to regulate atmospheric temperatures naturally.

Air sealing, triple-glazing, and insulating cavities prevent heat loss, requiring less energy to warm a property. Installing that stalwart of retrofits, the heat pump , removes the need for heat generation at all: with just an electricity supply and external air supply, it is an efficient means to heat (or cool) rooms, cutting the need for energy by 48%. Even a simple switcheroo like using LEDs rather than fluorescent bulbs minimises energy requirements – plus they last a lot longer, for the double-whammy.

Less consumption is better for the environment, sure. But what most people want to hear is this: energy saved is money saved.

You Can Bank On Retrofitting

Many of us spend too much on utility bills because poor insolation and ill-fitting doors let heat escape. Effectively, we pay to warm the outdoors.

Investing in whole-building renovations pose upfront costs, but once in place, they offer considerable ongoing savings by slashing energy bills.

Passive houses are close to 100% energy efficient, almost cutting costs altogether. Such a comprehensive upgrade saves the average American family $2,000 per year in utilities. Even the most expensive deep retrofit makeover would break even in 25 years, leaving a lot more for your retirement pot.

Less invasive improvements include tankless water heaters. Some models offer annual savings of $95, recouping retail costs in just over 2 years. Heating water on-demand rather than warming and storing is hyper-efficient and it saves space: perfect for poky properties.

We’re in The Money!

Retrofits can even earn you cash! Landlords priming their properties attract more tenants, who increasingly demand eco-fixtures. They’re often willing to pay more for the privilege. Steps that improve efficiency ratings raise the value of UK homes by up to £24,766. An investment of around €5,500 for rooftop solar panels hikes a property by 15%: that’s on top of an average annual ROI of €280.

Poorer households can be priced out of decent upgrades as up-front capital is needed, which they just don’t have. Cities and housing associations, however, can ensure measures are available and affordable to all with grants, loans, and community initiatives.

Want to know more? Explore the options in our article all about investing in retrofits.

There’s No Place Like Home – The Importance of Comfort

Ask yourself, how do you want to feel in your home? Or at work. Or at the library… If you’ve had enough of sweaty summer days and the shivers in winter, think retrofit!

We can even control these digital devices remotely from online apps, so comfort extends beyond how we feel – it’s also about ease of living.

It sounds like the plot of a bad B-horror film, but the building you’re in really can make you sick. Retrofits are the cure.

Whether a diagnosable building-related illness or the symptomatic sick building syndrome, which fades when we step outside, the state of the places that accommodate us can affect our physical, mental, and public health. By improving ventilation, temperature regulation, and waste management, we can guarantee better quality air for healthy breathing, and alleviate countless problems by removing harmful materials, excessive moisture, bad smells, and excessive noise (e.g. by sound-proofing or replacing clanky old mechanisms). That’s all good news for sufferers of asthma, depression, allergies, and stress.

Don’t believe looks are important? Think again! Repairing or replacing decaying facades not only provides insulation but also give us a glowing sense of pride in the aesthetics of our cities. That positivity is good for emotional wellbeing, and can’t hurt the tourist industry, either.

Retrofitting an old building can prevent it from destruction and collapsing in on itself and those inside. Los Angeles City Hall is an example of a ‘seismic retrofit’. Originally completed in the 1920s, a three-year renovation at the turn of the millennium has fitted it out to withstand and remain functional after an earthquake of up to 8.2 on the Richter scale: a strength that otherwise would reduce it to rubble – requiring an expensive clean-up and rebuild, not to mention temporary accommodation for the city administration.

Earth, Wind, Fire, and Water – How Retrofits Support the Environment

With an incredible amount of embodied carbon stored in the built environment, retrofitting rather than demolition, prevents the unnecessary release of CO2 and dumping in landfill.

Urban areas are growing at the rate equivalent to creating an entire New York City each month. Building on greenfield sites encroaches on wild virgin land, undermining nature’s ability to retain balance and diminishing our opportunities of escape. Urban heat islands intensify temperatures in dense inner cities, increasing discomfort and raising the risk of disease and death. It also encourages smog build-up, which in turn traps and intensifies heat further. Renovations can break this cycle and aid efforts to achieve carbon neutrality.

Urbanisation is increasing the threat of flooding by reducing the area of soil and vegetation exposed to soak up rain. Incorporating these elements into makeovers as green roofs and facades reduces the volume of water ever reaching the ground.

Fitting out buildings with means of green energy production (turbines, solar panels) is a worthy replacement for fossil fuel-generated energy, emitting none of the harmful emissions or choking soot. Innovations bring net-zero ever-more within reach: floor tiles in a large public space, Leighton Buzzard train station in the UK, converts commuters’ footfall into electricity, powering services with renewable kinetic energy. Currently in its infancy, but in the near future, such pilots could be scaled up to make public buildings or even housing complexes self-sufficient.

From household bills to duck’s bills: retrofitting improves environs for critters, too. The American Bird Conservancy recommends window adhesives that tint clear glass to prevent bird strikes. After all, no one wants the job of clearing up broken glass and necks.

In a time where economies are struggling with post-pandemic recovery, retrofitting could be a blessing. The Irish Times reported a national retrofit programme would create in excess of 30,000 jobs and generate “€4.5 billion in extra disposable income for citizens”.

This is no isolated case. Emerging markets and innovations mean careers in green industries are booming. The Building Efficiency Initiative points out that retrofitting 40% of buildings in the US would boost the jobs market by more than half a million permanent roles. Lifting energy efficiency by just 27% would create 2 million additional roles in Europe. It could be worth retraining: solar panel experts rake in $84,000 annually!

Emissions and Equity – A Moral Dilemma

The world’s richest 10% are disproportionately spewing out more than their fair share of pollutants – over half! In the EU, where citizen-led action is causing a decline in CO2 effluence overall, emissions have shot up by 3% among the wealthiest since 1990, according to a report from Oxfam.

So, it seems unjust that it’s the poorer in society that suffer most. Leaky, inefficient homes are trapping families in fuel poverty, the plight of low-income households that cannot afford adequate heating. The European Commission estimates this affects up to 125 million people in the EU.

The problem is often worsened as these individuals typically live in poorly maintained and less efficient buildings. Compared to their richer counterparts, they have less choice where to live, and less chance to make improvements when they’re in.

Local and government decision-makers have an opportunity to turn this around. Policies that offer means-tested subsidies and encourage landlords to renovate are central to social, energy, and climate justice. Chris Jofeh from Arup claims spending just £5,000 on each home renovation can lift around 16% of UK households from a position of “having to spend so much on energy that it pushes you below the poverty line”. Furthermore, the quicker retrofitting is scaled and industrialised, the cheaper it will get. Policymakers have a lot to gain from jumping on the retrofit bandwagon.

It is the responsibility of developed nations to make more adventurous advances in dropping CO2 outgoings. Only this will give low- and middle-income countries the carbon budget needed to set up the infrastructure required for an equal and dignified existence. Adopting policies that advocating for (or force!) the ‘haves’ in society – corporations, property tycoons, multinationals, city administrations – to invest in air-, water-, and energy-tight buildings will lead to a more equal global community. And with the climate change clock ticking, it cannot come a moment too soon.

The Case for Retrofitting in a Nutshell

With money, health, habitats, jobs, and happiness all set to gain by improving existing building stock, it’s hard to deny the clear perks of retrofitting. It doesn’t even require a change in behaviour – just outlook. Long-term environmental and fiscal returns far outweigh short-term expenses and hassle.

Where sense prevails, political powers in cities will recognise this and reroute out-of-date building codes and planning policy to meet our needs for the future. By replicating in bulk projects that enthusiastic (and wealthier) citizens are already doing at home, a better quality of living will be made available. It’s our job to make sure it’s open to all, equally.

Now you know why retrofitting is such a good idea, why not hop over to read about how to get started. And if you’d like to know more about making affordable renovations, check out our article about retrofitting on a budget.

What Is Retrofitting? - Unlocking A Building's Potential

Lyon Confluence: How a District is Retrofitting Heritage Buildings

Frances Bean joined the Carbon Trust, a mission-led sustainability consultancy in the UK, in 2018. As Manager in the Cities and Regions team, she...
Read more
Retrofitting

The Social Benefits of Retrofitting

While marketing it as a decent money saver, we rarely focus on the social benefits of retrofitting. Does that mean that they’re so minute...
Read more
Retrofitting

What No One Tells You: How to Frame Messages Around Retrofits