How to Drive a Modal Shift From Private Vehicle Use to Public Transport, Walking and Cycling 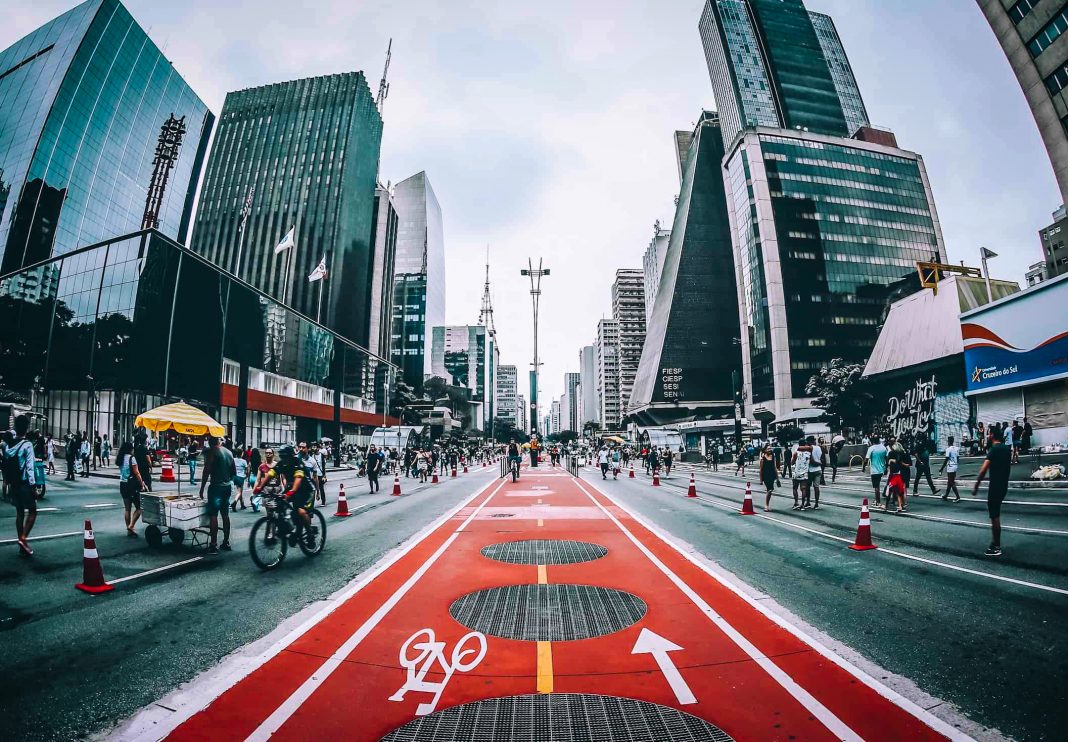 This article was written by and for the C40 Knowledge Hub, which delivers cutting-edge insights and practical resources from leading climate cities for others working in city government. It was originally published here in March 2019. We’re featuring the article with kind permission by the C40 Knowledge Hub.

Shifting private vehicles to more sustainable modes of transport delivers huge benefits for the health and prosperity of cities and their citizens, as described in Why shifting to green and healthy transport modes delivers vast rewards for cities. It is also essential for reducing urban greenhouse gas emissions.

Cities can use a mix of incentives and disincentives to promote this shift in the short to medium term, and implement transit-oriented development to achieve a larger modal shift in the longer term. This article introduces the strategies cities can take to drive a shift from private vehicles to public transport, walking and cycling.

Begin by collecting data to gain a full understanding of the existing situation. Measure the number of people traveling by different modes and conduct analysis of the feasible potential for walking, cycling and public transport use. Based on this data, set ambitious and realistic targets. Modal share targets are usually set as a percentage of trips.

The Mayor of London’s Transport Strategy 2018 sets a target of 80% of all trips in the city to be made by walking, cycling or public transit by 2041, up from 65% today.2 This target was informed by analysis that established how many current car trips in London might feasibly be made by walking3 or cycling.4 Buenos Aires achieved an 82% sustainable modal share in 2018, and is aiming for 85% in 2019. Amman is aiming to reach 40% by the end of 2025, from its current 14% baseline.

Discourage Private Car Use Through Road Pricing, and Driving and Parking Restrictions

Making private vehicle use more expensive or inconvenient is essential to driving a modal shift. Cities such as Singapore, Milan, Stockholm and London have road pricing schemes that charge drivers for using their cars in city centres, or ban the most polluting cars from some areas – often through the use of a low emission zone as a policy tool.

Other cities such as Oslo and Sevilla have introduced measures to make parking more difficult in target areas, by turning parking spaces into cycle lanes or pedestrian areas, or increasing parking fees. Cities including San Francisco and Mexico City are using demand-based parking fees that increase when demand is high.

London Achieves a 10% Drop in Trips Made by Private Car

In April 2019, London introduced an Ultra-Low Emission Zone with strict emissions standards that charge non-compliant vehicles to enter the zone at all times. This is on top of existing road pricing in the central Congestion Charge zone introduced 2003, which has already helped the city achieve a 10% drop in the percentage of trips made by private car.5 Read our article on road pricing in London for more detail.

Alongside disincentives for private car use, a shift away from private vehicles requires the provision of convenient, efficient, affordable and appealing alternatives that travellers will choose to take.

To achieve this, cities need to give space to – and prioritise – alternative forms of transport on their roads; invest in alternative transport infrastructure; ensure multi-modal network connectivity; and introduce schemes and incentives such as cycle hire and smart ticketing to make them an attractive first choice.Read about how to design and implement attractive alternatives in the linked resources below:

Most cities will pursue a combination of these transport options in parallel, according to their suitability for their city context.

Cities should consider running public relations campaigns to market alternative transport options, based on their understanding of current social attitudes and norms.

Cultural factors play a huge role in individual transport decisions. For example, car ownership is an enduring status symbol in many cultures, while public transport, cycling or walking may have negative social connotations. Norms will evolve as ridership increases and travellers start to see their peers taking advantage of these alternative modes. However, cities should also challenge unhelpful norms to speed up this process. Communication alone cannot bring about a modal shift, but it can be effective at driving uptake.

Public relations campaigns that highlight positive personal stories of individuals who have used sustainable modes of travel and have saved time and money, reached their destination faster and more comfortably, escaped traffic and congestion, improved their health, or discovered new parts of the city are typically most successful. In this sense, cities can learn from the car advertising industry, which sells a desirable lifestyle and idealised image of driving on the open road.

Messaging that aims to make drivers feel guilty is not usually effective. In addition, cities should avoid focusing messaging around public transit or cycling on negatively-perceived safety issues.

In the longer term, cities need to pursue urban development that enables citizens to end their reliance on private cars. Transit-oriented development (TOD) facilitates this by concentrating well-designed, urban development around mass-transit nodes. TOD policies ‘up zone’ for greater building density around transit hubs or corridors, and often replace ‘parking minimums’ regulations with ‘parking maximums’ to discourage driving, among other measures. São Paulo6 and Mexico City7 are among the cities to have abolished parking minimums.

TOD is the accepted best-practice for sustainable urban planning. This is spurred by success stories such as Curitiba in Brazil, which achieved a sustainable modal share of over 49% due in part to TOD policies encouraging denser development along a network of bus rapid transit corridors.8

The needs and approaches for financing a modal shift differ depending on the strategy taken to achieve it. Large transit projects are very expensive and require long term investment. However, relatively cheap strategies can also have a large impact, such as streetscape alterations for walking, cycling and priority bus lanes, marketing campaigns and car-free days. Policies such as road pricing can generate new revenues that can help to finance parallel efforts to promote sustainable transport options. You can find financing information for each transport alternative in the related articles.

To find out more about transport modal shares in your city, or other cities in your region, visit the Transport Data Explorer. For more details of the above actions and the cities that are implementing them, read:

Walking: The Key to Multi-Modal Success

Addis Ababa: Lessons in Multimodal Transport from an African Capital

For the last century, there’s been an ongoing battle for city space between cars and children, which, for the most part, has been won...
Read more
Car-Free

CityChanger Florian Lorenz: A Perfect City Is an Unfinished One

Urban planning can no longer be business as usual, and cities need to allow for the necessary innovation to tackle the world’s environmental problems....
Read more