How Cities Can Use the Law to Advance Climate Action 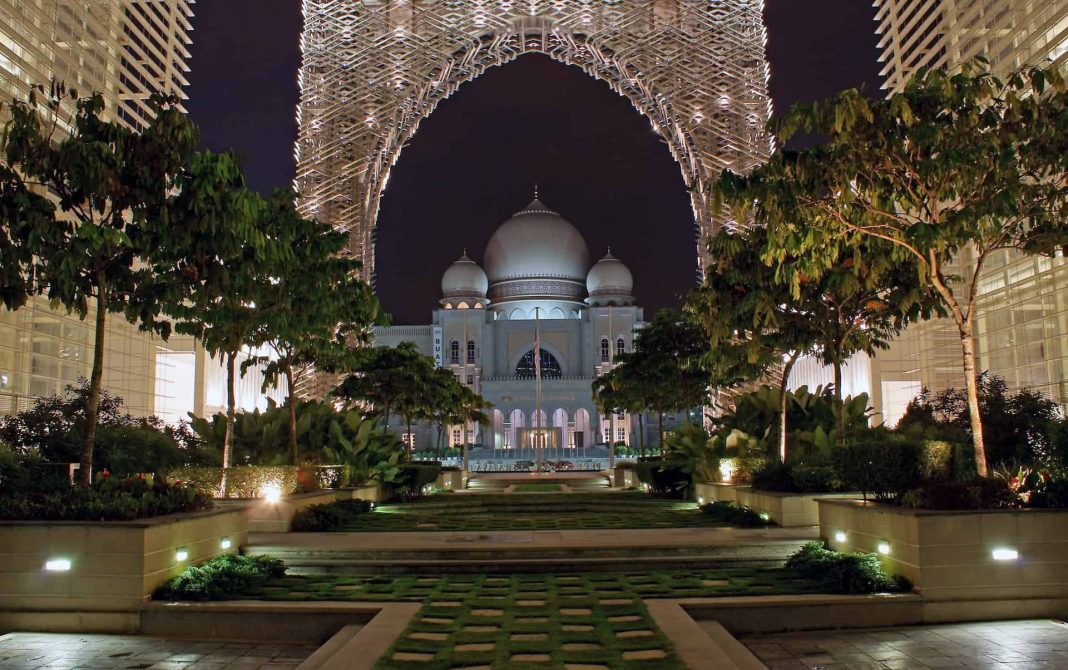 This article was written by and for the C40 Knowledge Hub, delivering cutting-edge insights and practical resources from leading climate cities directed at those working in city government. It was originally published here in August 2021. We’re featuring the article with kind permission by the C40 Knowledge Hub.

Legal intervention is a powerful means of removing barriers to cities’ climate ambitions, protecting residents and assets, and bringing about transformational system and policy change. They can strengthen and uphold national action, enforce the implementation of national policy, alter laws to enable city-level actions, clarify city powers, influence corporate activity and more. Not only can legal intervention help your city to undertake more ambitious climate action, but it can also help other cities in the same jurisdiction that face similar hurdles. Moreover, it can send a strong political message, drawing public attention to the issue at hand and leading to impact beyond the city’s borders.

This article provides examples of how city governments can use three types of legal intervention – litigation, legal reform initiatives and pioneering city policies or legislation – and outlines key elements that cities should consider. Legal Interventions: How Cities Can Drive Climate Action is the foundation for this article (a selection of the legal actions that feature in the report can be found at the end of this page) and we highlight resources from leading actors in the field that can support cities in their legal proceedings.

When cities pursue new and ambitious climate policies, their pioneering work can demonstrate what is possible, pave the way for others to follow suit and influence markets and other levels of government. However, these policies can face significant legal hurdles, particularly when they go further than existing regional or national policy, test the scope of the city’s authority or explore a new area of policymaking.

To navigate these issues, city policymakers can enlist the help of colleagues in city legal teams and engage external specialist legal counsel where required. Detailed legal analysis and advice is crucial to understanding what is feasible, as well as how to craft robust policies or legislation that can withstand any legal challenges that may arise. Consider partnering with neighbouring municipalities to share the cost of legal advice, expertise and other resources. If the city is required to defend the policy in court, this process can have benefits too. A legal challenge provides an opportunity to clarify the city’s powers within the scope of the law and a platform to publicly explain the climate, health, economic and other benefits of the policy in question.

Legal advice can also help to make the city’s climate action plan (CAP) as binding as possible, holding the city accountable for the commitments and targets in its CAP and making it difficult for future administrations to reverse or ignore them. This will be especially important where the level of ambition of a city’s CAP exceeds that of the Nationally Determined Contribution (NDC).

Read Legal Interventions to discover how cities are using pioneering policies and legislation to restrict the expansion of fossil fuel infrastructure, reduce emissions from new and existing buildings, implement zero-emission areas and to ban single-use plastic items. The boxes give two examples.

In July 2019, Berkeley, California passed an ordinance banning natural gas infrastructure in new buildings – the first of its kind in the United States. Burning natural gas accounts for 27% of the city’s emissions, and the ban curbs reliance on gas by requiring the installation of all-electric appliances in new developments. It survived a high-profile legal challenge brought by the California Restaurant Association (subject to possible appeals and state court claims), with the District Court determining that Berkeley’s ordinance is not pre-empted by the national Energy Policy & Conservation Act. As of June 2021, 46 cities in the state had new building codes to reduce their reliance on natural gas and other cities across the country are now exploring similar measures.

The cities of Tshwane, Johannesburg, Cape Town and Durban have been working together to assess the legal feasibility of municipal by-laws to implement building energy efficiency requirements that are more stringent than national regulations. It can be argued that the cities have constitutional authority to enact such bylaws, provided they complement, add to and enhance national building regulation requirements rather than contradict or oppose them. However, the legal feasibility assessment will strengthen both their design and impact.

Collaborate to Build a Powerful Coalition to Advocate for Legal Reform

Strategic engagement with government bodies at national and regional level is a route to removing barriers to cities’ climate policymaking and to amending laws that hinder national progress. This can mean seeking to clarify where the city’s legal powers on certain climate actions are unclear, offering expertise and evidence for the development of new legislation or entering into dialogue with relevant government bodies to find a mutually agreeable solution. Again, this should be informed by legal advice that identifies how specific policies, laws and regulations need to change. Efforts to drive change can go to the courts if engagement doesn’t deliver the desired outcome.

Cities can consider collaborating with other cities and organisations to make proposals and advocate for legal reform; a coalition may have greater impact. For example, Krakow, together with a coalition of non-governmental organisations and citizens, successfully campaigned for a change to the national environment law that has made it possible for the city to bring into force a ban on the burning of solid fuels for heating, as well as stoves and fireplaces. Motivated primarily by the need to improve air quality, the campaign came after the first ‘Krakow coal ban’ was defeated in court. Legal Interventions explains the full story.

Bringing legal action together with other cities, civil society organisations or other actors often helps to increase impact and strengthen cases. City-city collaboration can be especially valuable for small and mid-sized municipalities which may have more limited capacity and political clout. Better together: How cities can collaborate for faster, more effective climate action looks more closely at this approach. Participation in relevant networks and initiatives can open doors for legal action. Read more about how to deepen and expand your city’s engagement in international and collaborative policy processes in How to advance your city’s climate action through city diplomacy.

ClientEarth, AIDA, the Sabin Center for Climate Change Law and the Center for Climate Integrity are examples of expert environmental law organisations active globally. Browse their websites for inspiration on the types of legal action your city may be able to take or become involved in, or to access their expertise.

There are also several databases to explore, two of which are global and one specific to the United States:

Where engagement and advocacy do not or cannot deliver the change needed, litigation offers cities another means of changing the system.

Litigation can be used to raise the ambition of national and regional government climate plans, address failure to implement or enforce government policy (also by challenging planned high-carbon projects that undermine climate commitments) and prevent the weakening of existing regulation. It can also be a way to challenge corporate practices that contribute to climate change and its associated negative impacts or to seek climate damages. Hear from the Center for Climate Integrity about what this means and how cases have progressed in the United States, or from Honolulu for a city viewpoint. Cities can bring their own action and/or play a supporting role, either by joining lawsuits as co-plaintiffs, lending support to a case as an interested party or voicing their support for a case.

The scope and scale of climate litigation is increasing, with more than 1,800 cases filed by local governments, non-governmental organisations, corporations, individuals and other actors in over 40 countries as July 2021.1 The majority of climate litigation cases to date have been brought in the Global North, with most in the United States, but Global South cases are also on the rise. As of May 2021, 58 had been identified in 18 Global South jurisdictions, of which 11 had been filed in 2020 alone.2 These cases are setting precedents, testing arguments and building momentum and insights that can benefit cities considering new litigation. The London School of Economics’ Global trends in climate change litigation: 2021 snapshot explains how this movement has developed and new and emerging trends.

The following advice can be drawn for cities from climate litigation trends and experience:

Find out more in Legal Interventions: How Cities Can Drive Legal Action

Legal Interventions: How Cities Can Drive Climate Action, the foundation of this Knowledge Hub article, details examples of legal action by cities, non-governmental organisations and other actors across all three forms of legal action that can inform and inspire similar action elsewhere. The highlighted legal actions by cities in the report include:

Better Together: How Cities Can Collaborate for Faster, More Effective Climate Action

When Luca Ballarini came up with the idea of ‘city imaging’, he didn’t yet know the impact it could have. Within less than a...
Read more
General

CityChanger Lan Marie Berg: How to Deal with Public Scrutiny

Being heard makes us feel valued and identifies priorities for change, but municipalities struggle to do it well. CityChanger and creative Sophie Mirpourian tells...
Read more
General

How to Engage Socially Deprived Neighbourhoods

Stakeholder engagement can be challenging at any time but initiating open, constructive dialogue with socially deprived neighbourhoods has its own set of obstacles. Urban...
Read more